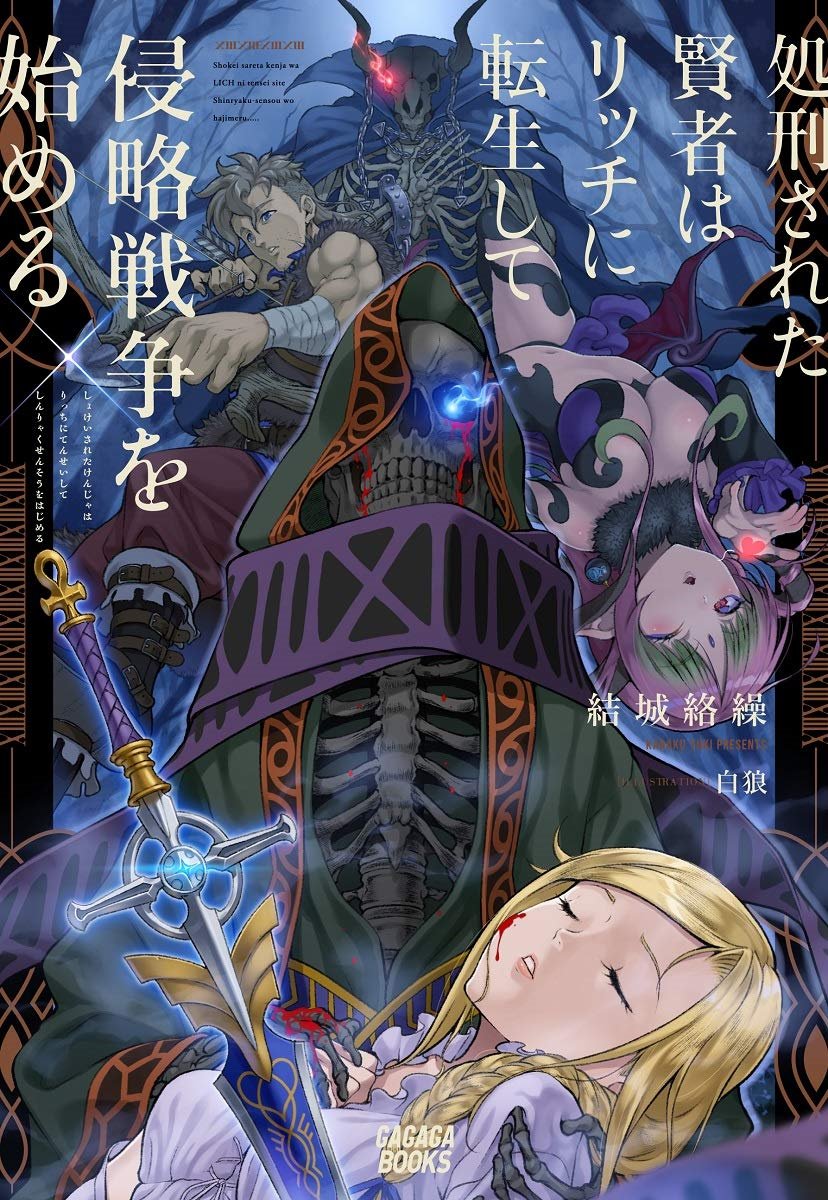 The Sage Dwight, he along with the Hero defeated the Demon Lord who sank the world into darkness.
However, they were falsely accused of becoming the next Demon Lords because of his power, and were thrown to The Valley of the Dead to die.......
But though his flesh has rotten away, he lives on as a skeleton because of his grudge against the world. Dwight has vowed to deny that wrong world, and with a power that surpasses even the Demon King of the past, and also leading countless Skeletons he's going to start an all out war...!