Chronicle of the Searing Winds of Tianzhu 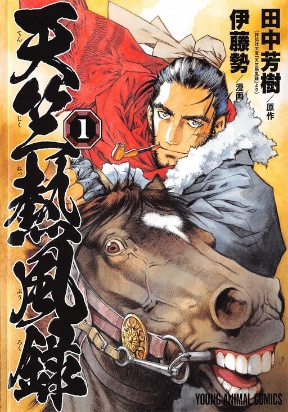 The manga tells a fictional version of the story of historical Tang China diplomat Wang Xuance, centering on his diplomatic journey from Tang Dynasty China to the Empire of Harsha in India in the 7th century CE. When he comes upon a crumbling empire that is now hostile to him he escapes to Tibet and raises a confederation of Tang, Nepalese, and Tibetan soldiers to mount a raid on the Empire of Harsha.