I Shall Live As a Prince 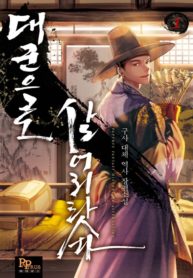 Lee Hyun Ho, an ordinary man who was looking for a job in Korea, has been reincarnated into a prince from the Joseon dynasty. But unfortunately, he was reincarnated into Grand Prince Jinseong, the younger brother of the tyrant Yeonsangun! Although he graduated from a decent school, Hyun ho struggled to find a job. One day, he went to sleep after spending his day living the ordinary life of a poor Korean, and when he opened his eyes, he found himself as Grand Prince Jinseong from the 15th century. Since he was now a rich prince, his plan was to live the high life but… He finds out that his brother is Yeonsangun, the king of Joseon, infamous for being a crazy tyrant! And thus marks the start of the ordinary job seeker, Grand Prince Jinseong’s (Lee Hyun Ho) plan of making the tyrant Yeonsangun into a great king and to protect his own wife. The unpredictable ‘Yeonsangun mental care project’! ‘Alright~~ Let’s change history!’