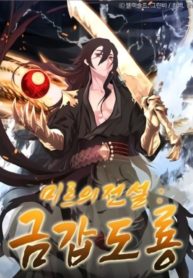 In the world of a game, the guardian monster of the 7th floor of the abyss, the Golden Armored Dragon, has become self-aware!!

In his dragon form, he is clad in golden armour, but when he completes a certain amount of quests, the Golden Armored Dragon can then polymorph into his human form and come out to the field. He is accompanied by Dorothy, a rare character in the game, who calls him by the name ‘Goldy’; the leader of the Golden Dragon attack squad and the pillar of the Crimson Blood clan, Juk Oon Chan; and Zepeto, a girl with the nickname ‘Dumpling Hair’…

In the Murim of the virtual reality martial arts game ‘The Legend of New Mirr’, their story begins!