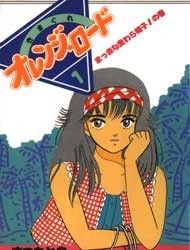 KOR is the story of the Kasuga family, but mostly the oldest son, Kyosuke (who narrates), as they move to a new town after being found out to be a family of ESPers. Kyosuke meets a pretty young girl as he counts the "100 steps" (there may only be 99) that lead to his new school and is immediately smitten. However, by the end of the second episode, the pretty young girl, named Ayukawa Madoka (as in Japanese custom, I use the family name first) has agreed to help her best friend Hiyama Hikaru win Kyosuke. Thus, a love triangle is born that lasts for 18 volumes.